Can You Make It Go?

When faced with a difficult situation, we have two choices:

We can make excuses or make a go of it.

That is, we can invent reasons why it’s okay to fail, or we can keep going until we’ve found a way to get what we want.

Are you willing to do whatever it takes to win?

Lord Nabeshima Naoshige was a distinguished Japanese warlord who reigned over the Hizen Province of Japan from 1538 to 1618. He began his life as a lowly vassal of the Ryuzoji clan, and, through his military brilliance and bravery, earned the trust and admiration of the shogun and rose through the political ranks.

The book Hagakure contains the following from Naoshige:

“The Way of the Samurai is in desperateness. Ten men or more cannot kill such a man. Common sense will not accomplish great things. Simply become insane and desperate.”

His words are just as true today as they were four hundred years ago, if not more so.

Modern “common sense” says you shouldn’t work too hard or become too obsessed with a goal. You should just release yourself from the burdens of desire and pursuit and content yourself with who you are and what you have.

These philosophies are quickly embraced by the more “well-adjusted” members of society, who think fretfully, speak timidly, and move slowly.

To these people, you must be “insane” to make it. Insane to work twice as hard as everyone you know, insane to wake up at the crack of dawn to get in your workouts, and insane to pursue goals they don’t understand and take risks they can’t stomach.

Many of these people will delight in telling you as much too. In fact, they’ll have so much advice that if you were to scribble it all down on pieces of paper, you’d singlehandedly decimate entire swaths of the world’s forests.

“You shouldn’t do that,” they love to say, wheeling out a litany of reasons why it’s not going to work out, why you’ll regret it in the end, and why you should squander your time, energy, and life like they do, instead.

“Screw it. I’m going to count my calories and lose those twenty pounds.”

“Screw it. I’m going to burn the midnight oil to launch that side hustle.”

“Screw it. I’m going to cut down my expenses and save and invest more.”

All that is normal. Remember the first time you rode a bike? This is no different.

The hobgoblins of fear and doubt will still hop around in your mind, and that’s okay. Some of it is even good; it keeps you moving, doing, working. It reminds you the only way out is the way through.

In his book The War of Art, Stephen Pressfield recounts how “Someone once asked the Spartan king Leonidas to identify the supreme warrior virtue from which all others flowed. He replied: ‘Contempt for death.’”

For us, think hardship. Contempt for hardship is our cardinal virtue.

So, what will you make go?

Say it out loud. Right now. Repeat after me:

Whatever it is, make it go. 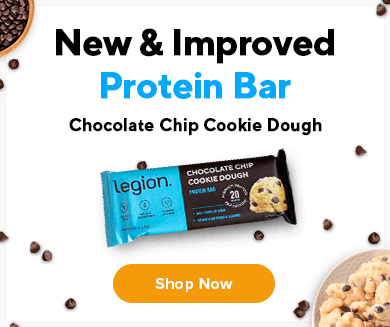