I’m Mike, and I believe that every person can achieve the body of their dreams.

My mission is to give everyone that opportunity by providing time-proven, evidence-based advice on how to build muscle, lose fat, and get and stay healthy. 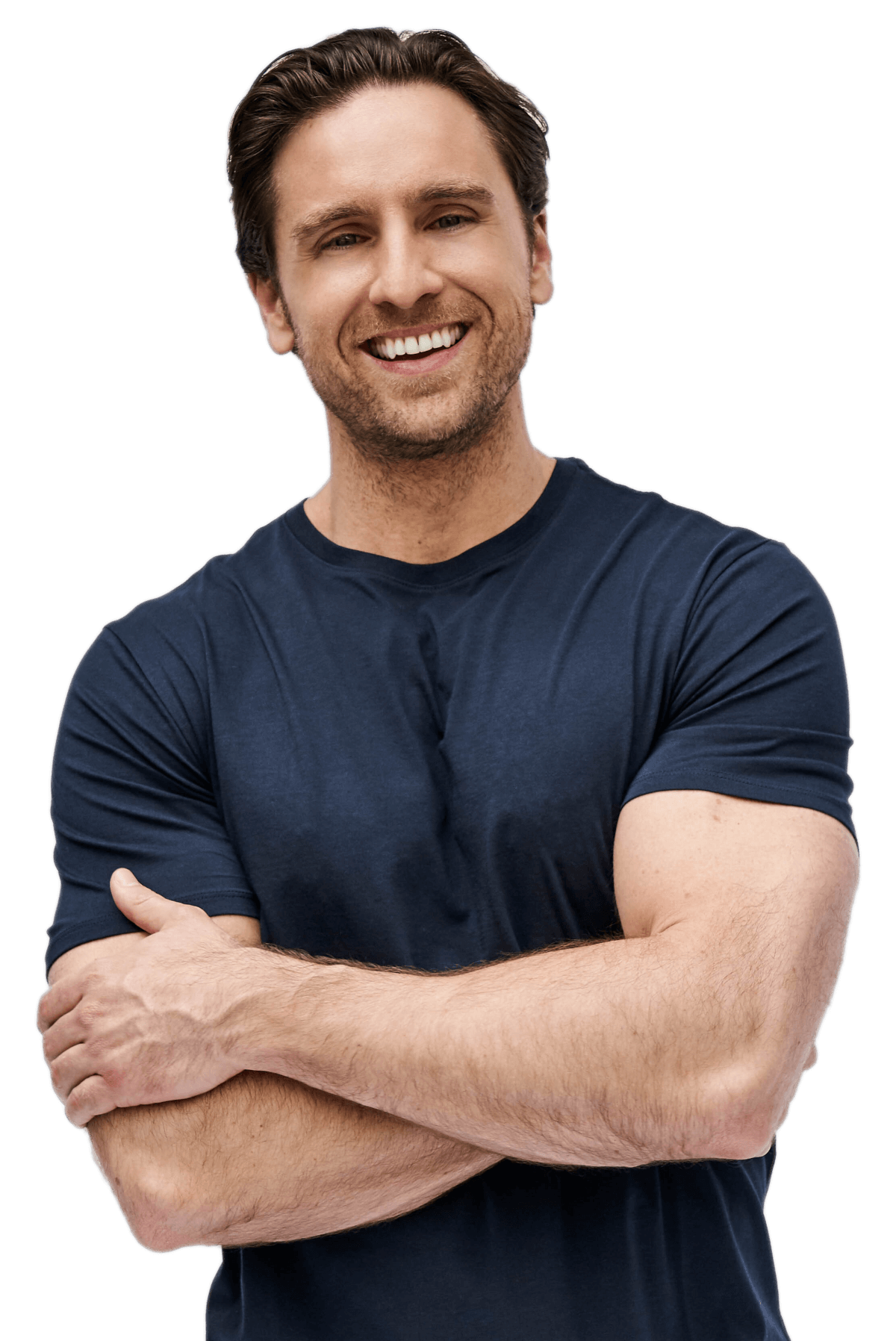 I’ve been training for more than a decade now. In that time, I’ve read thousands of pages of scientific literature and tried just about every type of workout program, diet regimen, and supplement you can imagine. At this point, I can confidently say that while I don’t know everything, I know what works and what doesn’t.

Like most people who get into weightlifting, I had no clue what I was doing when I started out. I turned to fitness magazines for help, which told me to spend a couple of hours in the gym every day and hundreds of dollars on pills and powders every month. This went on for years, and I jumped from diet to diet, workout program to workout program, and supplement to supplement, only to make mediocre progress and eventually get stuck in a rut.

I then turned to personal trainers for guidance, but they had me do more of the same. After spending many thousands of dollars with them, I still hadn’t gained any more muscle or strength to speak of, and I still had no idea what to do with my diet and training to reach my goals. I liked working out too much to quit, but I wasn’t happy with my body and didn’t know what I was doing wrong.

Here’s a picture of me about seven years into my journey: 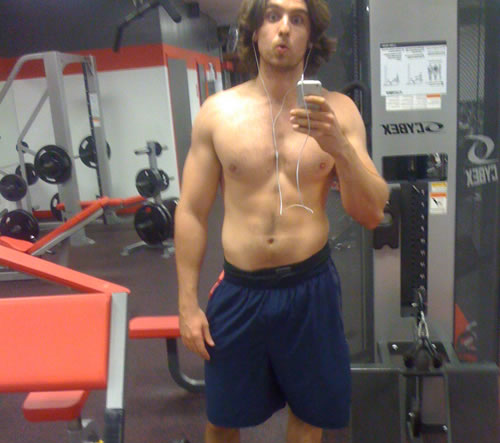 I didn’t look bad by any means, but that’s not exactly what you’d expect from 1500-plus hours of working out with no extended breaks.

I finally decided that something had to change, and I knew that I needed to start with learning the actual physiology of muscle growth and fat loss. So I threw the magazines away, fired the trainers, got off the internet forums, and searched out the work of top strength and bodybuilding coaches, talked to scores of natural bodybuilders, and started reading scientific papers.

Several months later, a clear picture was beginning to emerge.

The real science of getting into incredible shape is very simple—much simpler than the fitness industry wants us to believe. It flies in the face of a lot of the stuff we see on TV, Instagram, and YouTube and read in books, articles, and magazines.

You don’t need to be in the gym hours per day and sacrifice your relationships with your friends and loved ones.

As a result of what I had learned, I completely changed my approach to eating and exercising, and my body responded in ways I couldn’t believe. My strength skyrocketed. My muscles started growing again. My energy levels went through the roof. And here’s the kicker: I was spending less time in the gym, doing less cardio, and eating foods I actually liked.

Here’s how my body has changed since: 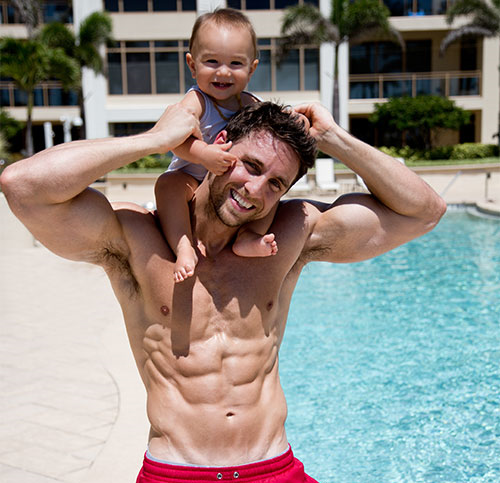 It shouldn’t have taken as long to get here as it did, but hey, better late than never, right?

Along the way, my friends and family noticed how my physique was improving and began asking for advice. I became their coach. I took “hardgainers” and put 30 pounds on them in a year, took people who were absolutely baffled as to why they couldn’t lose weight and stripped away piles of fat, and took people in their 40s, 50s, and 60s who believed their hormones and metabolisms were beyond repair and helped them get into the best shape of their lives.

A couple of years later, these people started urging me to write a book. I dismissed the idea at first, but eventually I began to warm up to it. “What if I’d had such a book when I started training?” I thought. It would have saved me who knows how much time, money, and frustration, and I would have built the body of my dreams a lot faster. I also enjoyed helping people with what I had learned, and if I were to write a book and it became popular, what if I could help thousands or even hundreds of thousands of people? 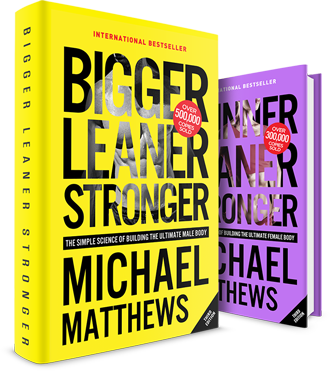 That gave me a wild hair, and so I wrote Bigger Leaner Stronger and published it in January 2012. It sold maybe 20 copies in the first month, but within a couple of months, sales were growing, and I began receiving emails from readers with high praise. I was ecstatic. I started making notes on how I could improve the book based on feedback, and I outlined ideas for several other books that I could write. 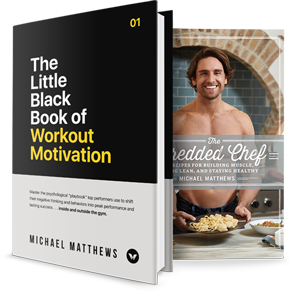 Fast-forward to today, and I’ve now published a number of books, including a book for women (Thinner Leaner Stronger), a “flexible dieting” cookbook (The Shredded Chef), and a deep dive into the science and art of motivation (The Little Black Book of Workout Motivation). Altogether, my books have sold over a million copies, and my work has been featured in a number of publications like Women’s Health, Men’s Health, Muscle & Strength, Elle, Esquire, and more.

More importantly, every day I get scores of emails and social media messages from readers and followers who are thankful for my work and blown away by the results they’re seeing. They’re just as shocked as I was years ago when I first discovered just how straightforward and enjoyable getting fit and healthy can really be.

This is why I continue to write books and articles, record podcasts and YouTube videos, and generally do everything I can to be as helpful to as many people as I can. It’s motivating to see the impact I’m having on people’s lives, and I’m incredibly inspired by the dedication and determination of so many of my readers and followers. You guys and gals rock.

I also have bigger ambitions that I want to realize.

This goes beyond merely making people look hotter too.

I want to make a dent in some of the alarming downward trends we’re seeing here in the West—in particular, the decline of people’s physical and mental health and performance, which has significant and negative downstream effects in their family lives, careers, and personal happiness and satisfaction. I think helping people get strong and fit is a great way to do something about this.

Second, I want to lead the fight against mainstream health and fitness pseudoscience and BS.

Unfortunately, this space is full of misinformation, disinformation, idiots, liars, and hucksters, and I want to help change the status quo. I’d like to become known as the go-to guy for practical, easy-to-understand advice grounded in real science and results.

Third, I want to help reform the sport supplements industry.

The pill and powder pushers use all types of scams to foist their junk products on unwitting consumers. They use fancy-sounding-but-worthless ingredients; they cut their products with junk fillers like flour and useless amino acids; they use tiny, ineffective doses of otherwise good ingredients (“pixie dusting”) and hide it with the notorious “proprietary blend”; and they rely on fake science, overhyped marketing claims, and steroid-fueled meatheads to convince people they have the “secret sauce.”

So, that’s me. From this point on, it’s all going to be about you.

I hope you enjoy my work, and I hope it helps you reach your health and fitness goals faster.

P.S. If you’re on social media, come say hi! Here’s where you can find me: