The Top 3 Reasons You Should Rock a Dad Bod

I woke up this morning in a cold sweat, gripped by a terrible realization.

I’ve counted millions of calories and tracked thousands of meals…

And all I got was this lousy “I wish I had a social life and a bigger penis” physique”: 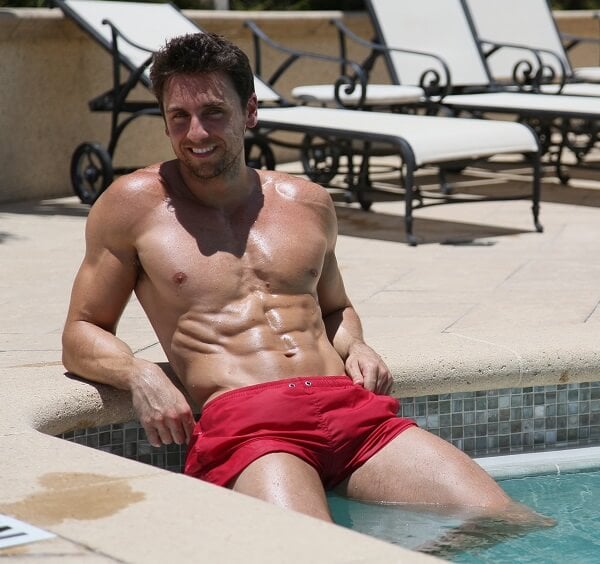 Ab veins, for Christ’s sake? What a disgusting, self-absorbed display of vanity and arrogance.

I sat there in bed, choking back tears thinking of all the boxes of pizza I didn’t eat…all the beer I didn’t drink…and all the other awesome things lazy people do instead of working out.

How the hell did I let things get this far? Why did I think it was okay to be such an overachiever?

I want to win grunts of approval from people that will never live up to their own standards. And I’m going to start by getting me a sweet new Dad Bod.

It’s going to be hard but with your schadenfreude-masquerading-as-support, I know I can make it. 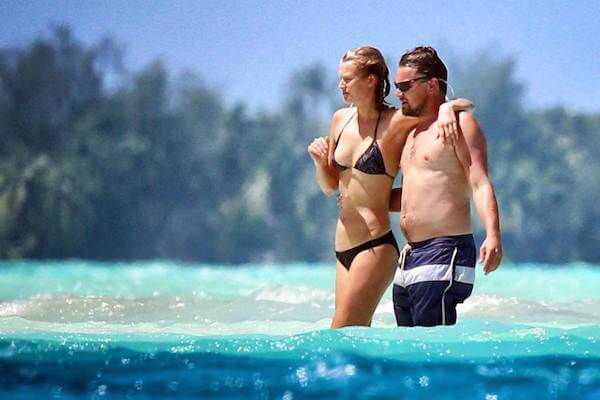 And the best part?

You can get one in just 30 days of a strict regimen of queso, beer, and video games.

Now now, I know what you’re thinking. Don’t guys want to look like Greek gods and not Greek yogurt?

Maybe. But then there’s this:

Getting six-pack abs is hard. Like bullshit hard. And not fun at all.

Hard stuff sucks and instant gratification is awesome. That’s what the Dad Bod is all about.

Saying no to struggling for some distant, unknowable future and yes to maximizing the enjoyment of today.

And if you’re not convinced yet, just keep reading…

A Dad Bod is better than an Obsessive-Compulsive Narcissist…Bod 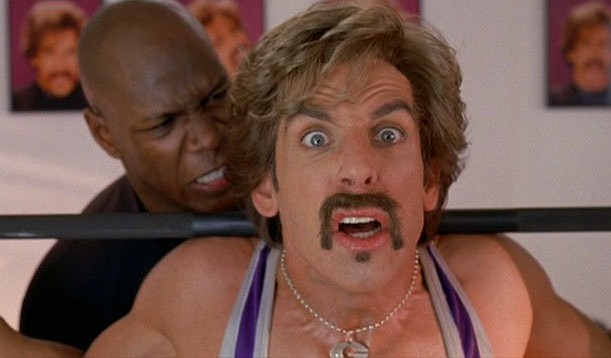 I think it’s time we stopped lionizing fit people and started seeing them for what they are:

How else can you explain their vainglorious obsession with making their stupid muscles “bigger, leaner, and stronger“? Their smug selfies bragging about their #dedication to “crushing” workouts and eating Oreo ice cream because it “fits their macros“?

Bottom line: these people don’t know how to live.

They don’t know the joys of sleeping through five alarms every day…of deep fried ice cream cheeseburgers…of loving themselves unconditionally.

In fact, I think these fitness Nazis should be publicly shamed for all the shame they try to cause in others.

How dare they make people feel bad for all the things outside their control, like chronic procrastination, debilitating excusitis, and general helplessness?

Well, their day will come and all the people that secretly hate them will rejoice. Look at what happened to Arnold: 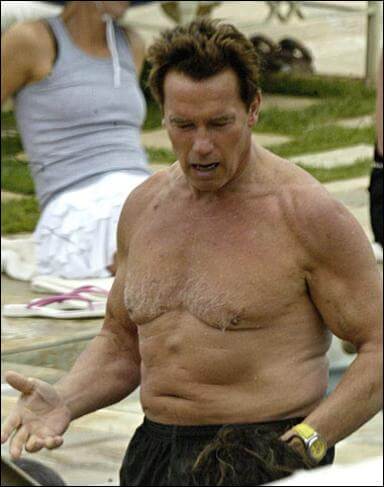 If you ever feel envious of some wannabe Adonis, just remember that’s how he’s going to look at 60.

That one girl said other girls love the Dad Bod. 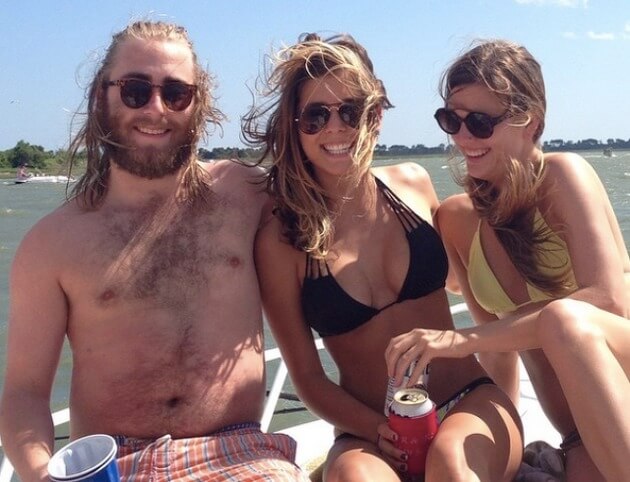 My personal awakening began with this treatise by Professor Mackenzie Pearson.

Here’s how Ms. Pearson elegantly explained the beauty of the Dad Bod:

“The dad bod is a nice balance between a beer gut and working out. The dad bod says, ‘I go to the gym occasionally, but I also drink heavily on the weekends and enjoy eating eight slices of pizza at a time.’ It’s not an overweight guy, but it isn’t one with washboard abs, either.”

I used to think this kind of thing was hot: 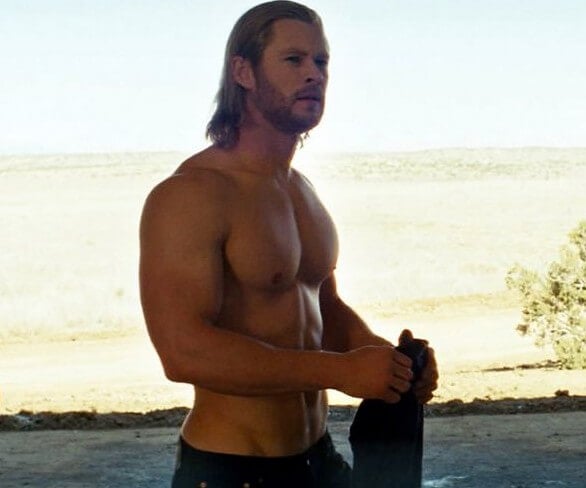 I mean…I saw Thor in the theater and heard what sounded like a collective female orgasm when that shirt came off…but now I know better. 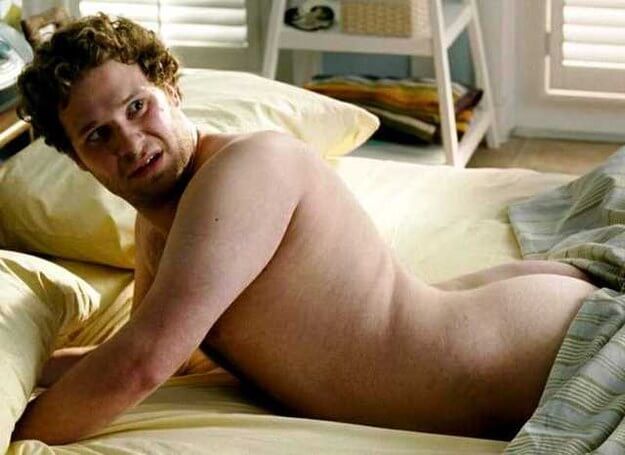 “There is just something about the dad bod that makes boys seem more human, natural, and attractive.”

I feel that. What’s more human, natural, and attractive than a 200-pound pale, hairy, human Bratwurst?

Mediocre is the new excellent. 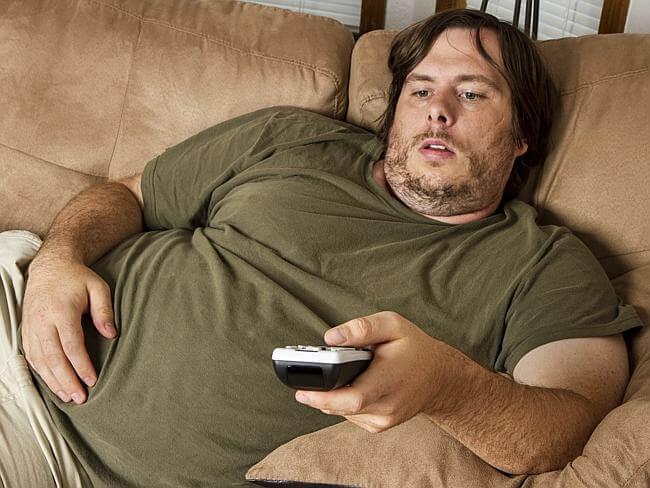 With everyone freaking out about making money and getting ripped, it takes courage to buck the trend and sit on your ass, eat ice cream, and binge watch reruns of Wipeout.

Why live like a beaver frantically trying to keep up when we can enjoy life like a cow standing in the rain?

Lucky people will tell you that the secret to happiness is striving toward meaningful and achievable goals.

The secret is happiness is managing expectations.

And the secret to managing expectations is treating it like a game of limbo. The question is how low can you go?

This is express beautifully in Aesop’s fable of the fox and the grapes:

The fox who longed for grapes, beholds with pain
The tempting clusters were too high to gain;
Grieved in his heart he forced a careless smile,
And cried, ‘They’re sharp and hardly worth my while.”

What’s this story telling us?

That desires only lead to frustration and that we should just be happy with what we can reach easily.

Well, abs are grapes and the Dad Bod is easy. Choose wisely.

Well, I’m all out of biting sarcasm so I thought I would close with something sincere.

The Dad Bod craze is just a part of the bigger “body positivity” trend, which I’m ambivalent about.

On one hand, I absolutely agree that people have no reason to feel they’re inadequate because they don’t look like a Photoshopped fitness model.

That said, whether it’s fair or not, there’s no question that fitter, better-looking people are perceived more favorably than their pudgier, homelier counterparts.

This is a human construct that’s not going to change anytime soon, if ever.

On the other hand, I think it’s disingenuous (but profitable) for advertising firms to moralize about “beauty”…

“Beautiful” is a strong word. If something is beautiful, it gives “great pleasure or satisfaction to see, hear, think about, etc.”

Beauty is in the eye of the beholder and all that but show the pictures of Hemsworth and Rogen to 100 women and I think we both know who’s going to win the beauty contest.

I don’t consider myself physically beautiful but I could care less. I’m healthy, happy, and hardworking, which is a lot more than many of the “beautiful people” can say.

…and irresponsible to encourage people to be unhealthy.

Being overweight is one of the most unhealthy choices you can make. Period. Add in smoking and sedentary living and you’re basically begging for a date with deadly disease.

Given the scary trends in obesity, the last thing people need is a social high-five for being fat. They also don’t need to be shunned and ostracized. They just need to be educated so they can make informed choices about their health and lifestyle.

That’s my take anyway. What’s yours?

What do you think about the Dad Bod? Have anything else to share? Let me know in the comments below!