According to Google Trends, it’s just about as popular now as it was at its peak six years ago, and gluten-free foods still pack the shelves of grocery stores, coffee shops, bakeries, and the like.

In other words, gluten-free dieting is no longer just a buzzword among bloggers, paleo fanatics, and health gurus.

Despite this, gluten is still a hotly debated and polarizing little protein. Some claim it’s literally poison and should be avoided at all costs and others say the only people that need to limit their gluten intake are people with celiac disease.

To help clear up this confusion surrounding gluten and present a fair, balanced take on the current weight of the evidence, I invited Danny Lennon to join me on the podcast.

It’s been a number of years since I last had him on the show, but he’s been a member of the Legion Scientific Advisory Board since its inception and also has a master’s degree in Nutritional Sciences.

He’s also the host of his own podcast called Sigma Nutrition Radio, where he interviews world-renowned experts from the fields of nutrition, medicine, and sports performance.

In this episode, Danny and I discuss all things gluten, including what gluten is, what happens when we eat it, the difference between celiac disease and gluten sensitivity, whether “leaky gut” is a real thing, and more.

Oh and if you like this episode want to get notified when a new one goes live, head on over to Spotify, iTunes, Stitcher, YouTube, Soundcloud, or Google Podcasts and subscribe.

8:12 – Why is gluten an issue for some people and not others?

12:52 – What is intestinal permeability and is it related to leaky gut?

15:05 – Why is having an increased intestinal permeability bad?

20:04 – How does a gluten sensitivity differ from an autoimmune response and a gluten allergy?

21:56 – Are there any tests to see if you have a gluten sensitivity?

24:33 – What happens with repeated exposure to gluten? Is it different for every individual?

25:36 – What are some common symptoms of the non autoimmune and nonallergic gluten sensitivity?

27:29 – What is the percentage of people that have a gluten sensitivity?

32:00 – What studies best explain why some people have gluten problems and others don’t?

35:13 – How would someone with a gluten sensitivity be diagnosed?

30:31 – What are fodmaps and how can it confuse someone who is trying to find out if they have a gluten sensitivity?

Cooper Mitchell on Building the Ultimate Garage Gym for Every Budget

Alan Aragon on the Real Science of “Healthy Eating”

What’s the Best Time of Day to Lift Weights? What 35 Studies Say 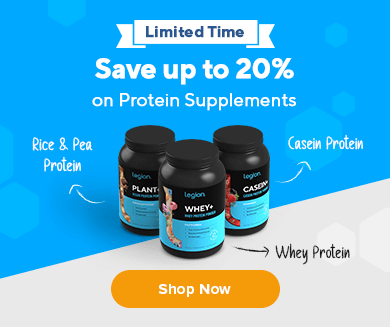