When most people want to start losing weight, they start doing cardiovascular exercise, and although they may wind up wearing out their running shoes and giving their spin bikes countless sweat showers, they rarely see meaningful changes in the mirror or on the scale.

Researchers have long noted the same thing in studies.

When people exercise for a few weeks or months—even vigorous exercise like high-intensity interval training—they lose less weight than you’d expect, and sometimes none.

A study published in the journal Obesity Reviews found that people who followed a cardio program (either moderate- or high-intensity) only lost about 2 pounds of fat after 12 weeks on average. That’s 0.2 pounds per week, an amount so small it’s hard to even measure.

Even more eye-opening are the results of a review study published by Queen’s University. After analyzing thirty-one studies, they found that weight loss outcomes got worse as the duration of exercise increased—people who followed an exercise plan for several months lost just 7 pounds on average, and people who followed an exercise plan for six months or more lost almost nothing.

As a result, many journalists, doctors, and fitness authorities have declared that exercising for weight loss is like trying to bail out a boat with a sieve—a fruitless endeavor.

Or at least the ordinary way of exercising is futile, some say, but if you give them $49.99 in 78 easy hourly installments, they’ll give you access to their proprietary patent perpetually pending breakthrough training techniques guaranteed to melt belly fat faster than a roided hornet—ahem . . . I digress.

All of this anti-exercise rhetoric has a soft underbelly, however, because none of the research used to support it controlled people’s calorie intake properly.

And what do you think happens when you put a bunch of overweight people on an exercise program without addressing anything related to nutrition and lifestyle? They burn more calories—whoop whoop—but then get hungrier and eat more—womp womp.

This “compensatory eating response” associated with exercise is cause for constant hand-wringing (“You just eat more after you work out! Oh the humanity!”), but it’s merely a natural, healthy, and necessary response to increased energy expenditure. After all, if we didn’t get hungrier after strenuous exercise, humans would’ve starved to death long ago.

The truth, however, is that while this reaction to exercise isn’t under our control (appetite will increase), how we act on it is.

So, while exercise alone doesn’t guarantee anything in the way of weight loss, what happens when you do a few hours of the right kind of exercise per week and eat properly? You lose fat, you lose it quickly, and you enjoy the process.

And what’s the right kind of exercise for weight loss, pray tell? Strength training, which you can learn all about in this article: 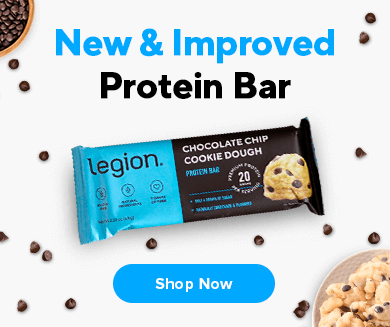