“Only ruthlessly cutting crap makes anything good. Your work is trying its hardest to be crap and your job is to constantly prop it up.”

Ingmar Bergman was a Swedish director and producer of over 60 films and documentaries and 170 plays, and is widely considered one of the greatest and most influential moviemakers of all time.

“Do you know what moviemaking is?” Bergman asked in a 1964 interview. “Eight hours of hard work each day to get three minutes of film. And during those eight hours there are maybe only ten or twelve minutes, if you’re lucky , of real creation. And maybe they don’t come. Then you have to gear yourself for another eight hours and pray you’re going to get your good ten minutes this time.”

If you want to do more great work, the “secret” is doing lots of bad work until you get there. (Click here to tweet this!) Somewhere along the way, moments of greatness will strike, and you just have to be there paying attention.

That was Pulitzer Prize winner Arthur Miller’s strategy at least, who said “I get up in the morning and I go out to my studio and I write. And then I tear it up! That’s the routine, really. Then, occasionally, something sticks. And then I follow that. The only image I can think of is a man walking around with an iron rod in his hand during a lightning storm.”

What really sets apart the most brilliant workers and creatives isn’t their ability to effortlessly produce works of genius, but their stubborn adherence to their personal standards and to the arduous process of upholding them…regardless of how long it takes and how frustrating it is along the way.

James Joyce estimated that he spent nearly 20,000 hours writing Ulysses. 20,000 freaking hours. Think about that for  second. That’s nearly 7 years working 8 hours per day, 7 days per week…on one book…that went on to become the most acclaimed work of fiction ever created.

Frederic Chopin’s innovative, nuanced, and technically challenging compositions have established him as one of the greatest composers and pianists of all time, but his creative process was far less harmonious than his masterpieces.

Without foreseeing or seeking it, a melody or tune would come to his mind, and he would then lock himself up in a room for days and begin a desperate, heart-rending quest of trying to get what was in his head down on paper. He repeated bars hundreds of times, writing and rewriting everything. He once spent six weeks on a single page, only to finish with what he first produced. He wept, paced, broke pens, and struggled to find the motivation to get out of bed each day and persevere, and after finally completing a composition, often regretted that what was left wasn’t as clearly defined as what he had originally imagined.

Steve Reich, considered by many to be America’s greatest living composer, doesn’t wait for inspiration to strike. Instead, he believes that with continual work, you can find your way into patches of inspiration from time to time. “There are no rules,” he says. “One has to be open to the reality— and it’s a very wonderful reality— that the next piece is going to hold some surprises for you.”

The lesson is great inspiration doesn’t make great work–incessant, dissatisfied iteration does. (Click here to tweet this!) And it’s often a concession, not a glorious victory. It’s what’s left when, after analyzing and molding and polishing every inch of its form, the creator finally says, “This is all I’ve got–I can’t do any better.”

“Inspiration is for amateurs,” said Chuck Close, a highly acclaimed photographer and painter whose works sell for millions of dollars. “The rest of us just show up and get to work.” (Click here to tweet this!)

If you want to do great work, keep showing up every day and eventually the muse shows up too.

What are your thoughts on doing great work? Have anything else to share? Let me know in the comments below! 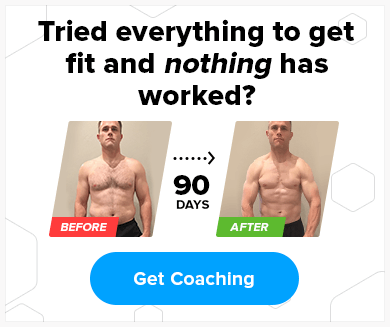