Ep. #496: My Top 5 Takeaways from Julius Caesar by Philip Freeman

If you like to read biographies to find ideas, models, systems, habits, etc. that extraordinary people have used to achieve great things, you want to read this book because Julius Caesar wasn’t just one of the greatest military geniuses of all time, he was also a first-rate orator and statesman with one of the finest minds the ancient world ever produced.

Caesar’s story reminded me of Alexander the Great’s—remarkable military conquests, shifty political intrigues, and a sudden and unexpected end—but in some ways, Caesar’s tale is even more impressive.

As astounding as Alexander’s exploits were, he did inherit one of the greatest armies ever assembled and then was groomed to lead it by his father Philip II of Macedon, a man of exceptional military brilliance in his own right, as well as Aristotle, one of the greatest thinkers in history.

Caesar, on the other hand, had a prestigious name but little money or clout, and so although he technically could ascend the ranks of Roman society thanks to his pedigree, nothing was going to be handed to him.

In fact, as Caesar would find out, to climb the rungs of Roman sociopolitical power, he was going to have to outwit, outmaneuver, and even overthrow some of the most powerful men of his time.

And that’s exactly what he did, and in truly larger-than-life fashion, which is why we’re still reading about Caesar today, over 2,000 years later.

The author shares the following anecdote in the book:

When Thomas Jefferson proclaimed to Alexander Hamilton that Francis Bacon, Isaac Newton, and John Locke were the three greatest men in world history, Hamilton shook his head. The greatest man who ever lived was Julius Caesar, he replied.

By the end of this book, you may not agree with Hamilton (and especially if you’re a “testosterone challenged male”), but you’ll find at least a thing or two to marvel at and a lesson or two to glean on the raw power of grit, guts, and glory. 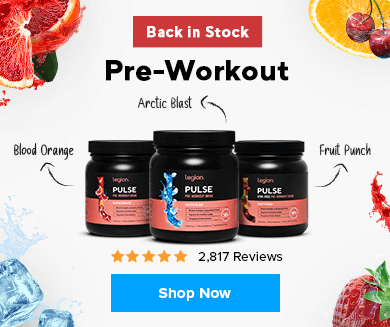