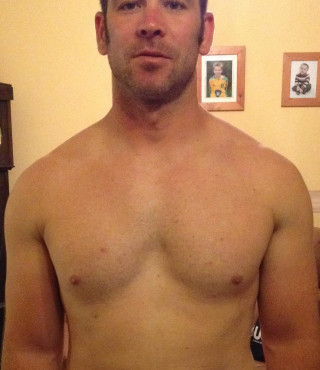 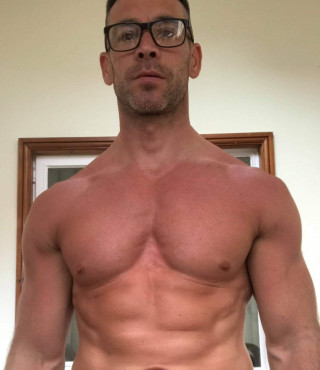 "It’s had given me much more confidence in my day to day life." 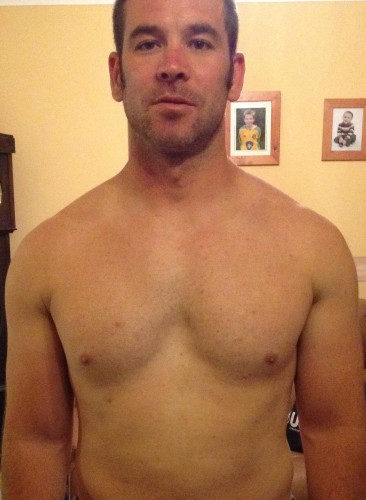 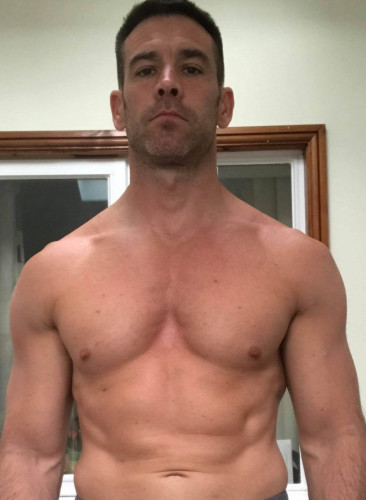 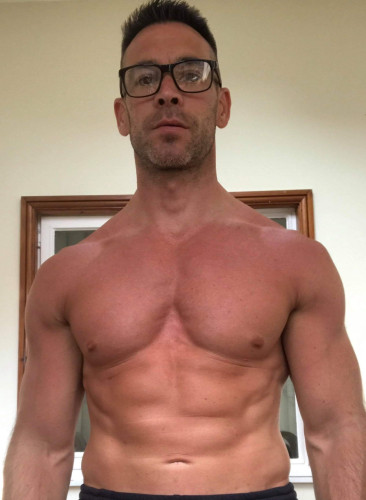 When I first started I weighed around 16th so I started with a cut. My lifts were not that big I was benching around 220lbs, deadlifting 308lbs and squatting about 176lbs. I had trained for around 5 years and switched from program to program that I found in books and magazines.

When I first got into lifting I was very skinny and 10th and always wanted to be bigger so I ate huge amounts of food not really paying much attention to nutrition. After reading Bigger Leaner Stronger I realized that I could train in a different way and still eat foods I liked but paying more attention to quantity.

After around a year of Bigger Leaner Stronger I had reduced my weight to 13st and my body fat to approximately 9%. My bench press was at 275lbs, deadlift at 418lbs and squat at 309lbs. I then moved onto Beyond Bigger Leaner Stronger. Then disaster struck and during a deadlift, I herniated my L5 S1 disc. I lost all feeling in my right leg from hip to toe and suffered agonizing sciatica in both legs for many months.

My right foot remained numb for around two months during which time I had to walk with the aid of a stick. This was July 2018. After some time off I slowly worked my way back to the gym easing myself back into weightlifting and although I am still not 100% fixed I am able to carry out most of the exercises I did before.

In an effort to get myself back to shape I resumed the Bigger Leaner Stronger program (without deadlifts) and worked my way back to where I am today (photo3). I am still not where I want to be and will now lean bulk before cutting again in the future

I like the way it is explained and the shortness of the workouts. Before Bigger Leaner Stronger I would spend hours in the gym with little to no results.

It gave me a structure to my training.

It’s had given me much more confidence in my day to day life.

There will be setbacks along the way but with the right attitude, these can be overcome. Also, the battle is with yourself and no one else