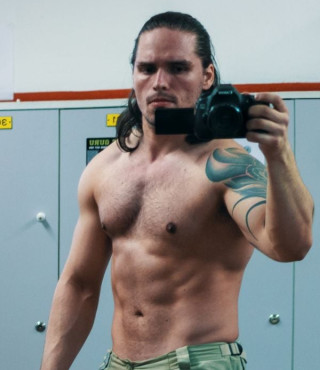 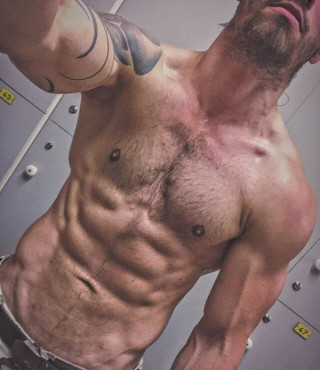 "I'm 30 years old and in 7 months I lost 13 kg of mostly fat, getting down to 7% body fat and gaining quite a lot of muscle and strength." 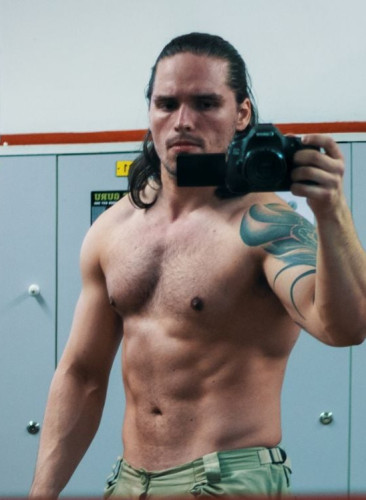 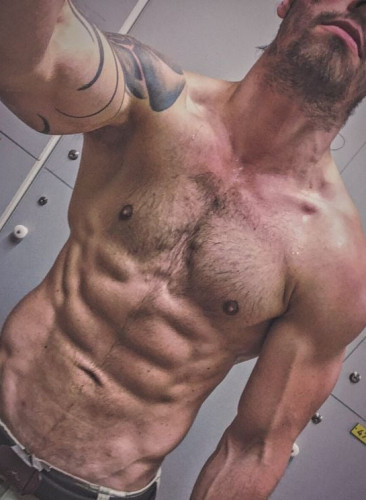 I’m 30 years old and in 7 months I lost 13 kg of mostly fat, getting down to 7% body fat and gaining quite a lot of muscle and strength.

According to articles I had read on the Muscle for Life website, I decided to get down to around 10-9% body fat before I started bulking.

I then started my cut in December 2015 and I was in a calorie deficit cutting at around 1800 calories per day for seven months.

I’m currently in the second month of Bigger Leaner Stronger, however I’ve traveled so far in such a short time in the first few months thanks to articles from Muscle for Life.

Once I switched to the BLS 5 day workout, I started to notice more constant strength gains, especially afterwards when I switched to a bulk.

When I’ve started in December, I was working out 5 days a week, trying to go with heavy weights and every set was kind of a pyramid, going from lighter weights to 90% of my one-rep-max.

This kind of training was quite exhausting, I was super-setting a lot, not taking enough breaks, and so on.

However, my diet was on the point using Muscle for Life and I knew I could do better so I bought the book and have never looked back since.

Nothing kept me from buying the book, I knew that the author of the book knew what he is talking about. I had read all his articles and they were sufficient for me to undergo drastic change in my diet regime, which is what had helped me the most.

I was going nuts from all those workout plans around the Web, in magazines, etc. I wanted to learn more and I wanted to see some example workouts from Mike Matthews, so I went ahead and bought his books.

The program listed in his book is as it’s supposed to be, hard and rewarding and yet quite simple to follow.

The thing I like the most about the program is the fact that it’s based around actual science.

I just hate the bro-science and BS filled supplement sponsored articles, which the internet is saturated with.

What was weird for me in the beginning was the 3-4 minute rest period in between sets, but the book mentioned that it may feel weird so I expected that and was okay with it.

I think this is one of the best programs out there. It can be quite taxing even with a proper diet, but it is supposed to be that way and I like challenges.

My own program had all of the important compound exercises, but it was not consistent with the number of reps and there were too many isolation exercises which often got me over-trained.

This changed with the BLS workout regime which is based on a hybrid of bodybuilding and power lifting.

My diet was on point and the training program was optimal using less reps, heavy weights, lots of compound exercises for overall strength and mass and I couldn’t have been happier.

It pretty much changed every aspect of my life. I’m more confident, strong, and even have more energy.

It has trained my discipline, focus and dedication. I call it DFD- the three key points to success for me.

I would recommend (and in fact I already do) to everyone who wants to invest in themselves, who wants to improve their physical and mental shape, and their health and overall well-being.

The program works because it’s based according to real science, no bro-science or BS articles.

I would like to say thank you to Mike Matthews and his team, for the tremendous service they are providing to the general public with the website, books and articles.

It was so frustrating and time consuming to constantly scavenge around the web for some valuable information, but Muscle for Life has changed that. It’s simply the best source around.

I highly encourage everyone to read and study all the articles and read Mike’s books in order to positively change their lifestyle, get into shape and invest in something that is really important—your own body and a healthy spirit.