Okay, let’s get to the featured book: Meditations by Marcus Aurelius.

And I know, this recommendation is pretty “basic” of me as stoicism is all the rage these days, but I’m going to make it anyway because I really do believe everyone can benefit from this book and stoic philosophy.

I feel that’s especially true in today’s zeitgeist, which is moving further and further away from individualism, resilience, and responsibility and toward fear, fragility, and egoism. In fact, many young people in particular are upping the stakes by downright scorning many traditionally admired attitudes and behaviors and blindly celebrating their opposites.

And I fear the consequences of this cultural experiment, which are already unfolding in a number of aways, are going to be severe. In short, I’d bet a lot of shekels that here in the West at least, the scene is going to get a lot worse before it starts getting better.

Anyway, back to the book—in case you’re not familiar with him, Marcus Aurelius was a Roman emperor who earned the reputation of “philosopher king” during his lifetime and has since been recognized as one of history’s greatest rulers in both character and deed.

Meditations, originally titled To Myself, contains Aurelius’ reflections on virtue, desire, rationality, emotions, the nature of the gods, and more.

While many of his insights resonated with me, the messages that hit home the most were his views on how to dispassionately and effectively deal with the difficulties of life, the importance of avoiding hate and the intention to harm, and the value of living honestly and with purpose.

A bit of humble self-reflection is good for the soul, and Meditations will take you on a brief, but meaningful (and maybe even cathartic), introspection.

Would you rather read about my top 5 takeaways from Meditations by Marcus Aurelius? Then check out this article!

Oh and if you like this episode want to be notified when new episodes go live, then head on over to iTunes, Stitcher, YouTube, Soundcloud, or Google Podcasts and subscribe.

Alan Aragon on the Real Science of “Healthy Eating”

The Best of Muscle For Life: Best Way to Lean Bulk, Increasing Your Testosterone, and Building a Better You

Dr. Spencer Nadolsky on How to Beat PCOS 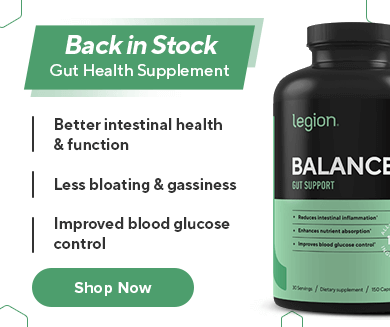 Getting a bigger butt fast is simple if you know how to eat and train properly. Here’s how to get a bigger, rounder butt in just 30 days.