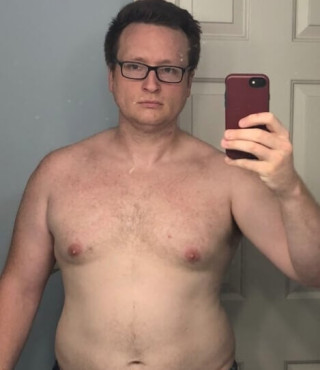 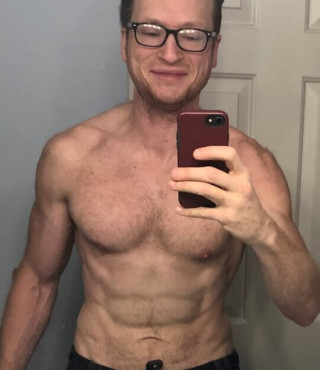 "I lost over 60 pounds using Bigger Leaner Stronger! It's simple and it works quickly!" 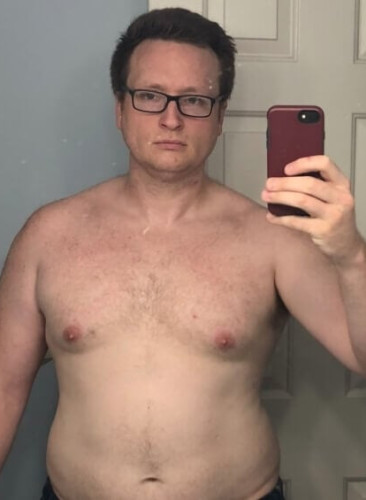 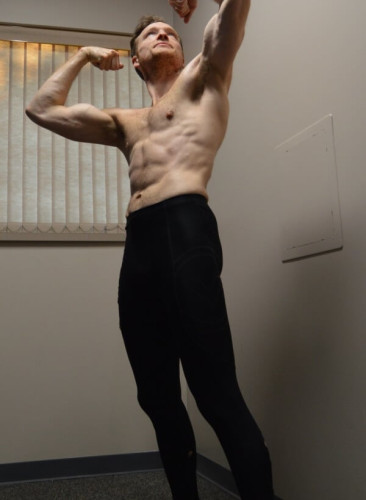 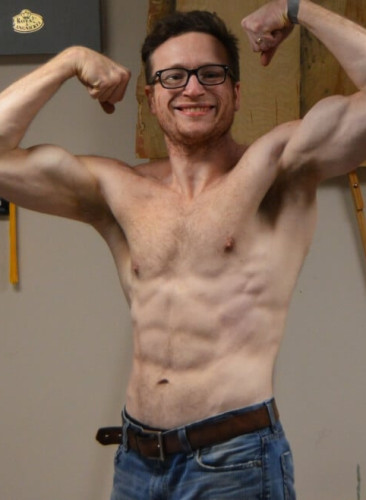 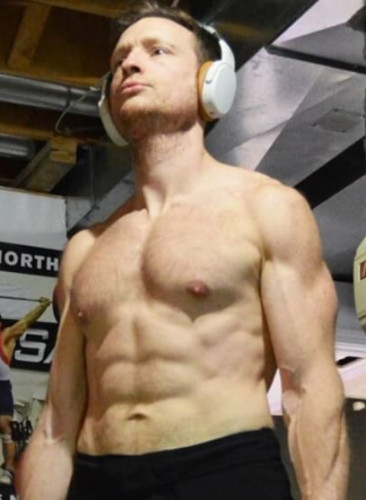 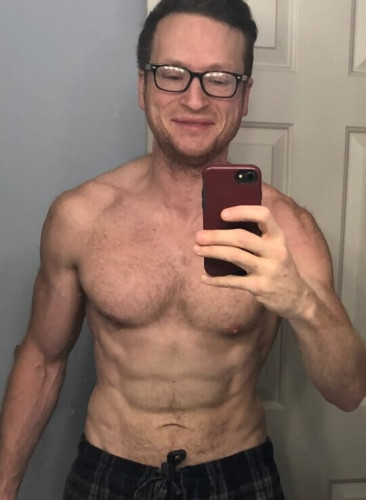 I did DEXA scans, so I have some cool extra stats.

Still 60+ pounds any way you slice it!

After that, I did revert to the lifting wisdom from Bigger Leaner Stronger (without the eating wisdom) and gained a lot of strength over the years leading up to July of last year. That is when I decided to actually follow through on the cut. So, I guess you could say that I “bulked” lazily for a few years while piling on body fat!

I cut from July of 2018 to January of 2019 and lost over 60 pounds. After that, I began a reverse diet to slowly transition into maintenance calories. I’m in the middle of that as I type this, but the next goal is a lean bulk. I plan to just keep these reverse diet weekly carb increases going until I’m at the correct macros for a lean bulk.

On top of that, as a bonus, DEXA scans show bone density. I actually had a (small) increase in bone density/bone strength from the 6 months of cutting. You’d think dieting would do the opposite – not on the Bigger Leaner Stronger plan!

I used a 5-day split (it might not even be in the latest version of the book!). I did chest Monday, back Tuesday, shoulders Wednesday, legs Thursday, arms Friday. I did abs twice a week in the evenings, cardio 3-4x per week on the recumbent bike (20 – 30 minutes of HIIT), and I also played hockey once a week.

I had attempted the program in the past, and I knew that for me, being intentional with my food was the hard part. For the last four years or so, I was in a phase of my life where I didn’t want to be intentional or restrictive with food, so it took me a while to come around and realize how much more joyful life can be when you aren’t just constantly seeking pleasures and satisfaction. I found peace in balancing daily discomforts and challenges with allowed rewards and times of rest.

It’s simple to follow and it works quickly. I think people overthink fitness, and Bigger Leaner Stronger truly breaks it down into a simple science. When you remove the complexity, it just becomes a question of will. Decide to get up and do.

In the past, I’ve done CrossFit and trained for marathons/half marathons. It requires the least amount of daily investment compared to these other fitness things I’ve tried. Most notably, long distance running training can take hours per day.

Also, the diet is easy to track and control. For example, in marathon training, you’re seemingly constantly starving for several thousand calorie rewards. It’s very hard to control that and you end up storing fat you don’t need.

At the same time as learning to be intentional about my food and exercise, I became intentional about my spiritual life, finances, and responsibilities as a husband and a father (of five!). I started waking at 5:00 am and taking cold showers (Wim Hof style) to practice embracing some discomfort at the start of every day.

I’ve found it makes simple stuff like reading a book with some coffee or putting my kids to bed more enjoyable, rather than chasing that buzz of a late night hamburger binge or excess alcohol. After that, I take some time for morning prayer before anyone else in the house is awake. On the way to work, I listen to a financial podcast. I still do this daily ritual actually, even when on vacation.

I recommend it (already) to anyone who asks how I lost weight. “Look up Mike Matthews!” It’s not a long read, and it really breaks down a lot of myths and explains things in easy to follow steps. Off the top of my head, I can think of at least 10 people who have bought the book from my advice.

I used Phoenix and Pulse during the cut, and have continued on using Pulse after the cut because I just love it so much. Cherry Limeade!