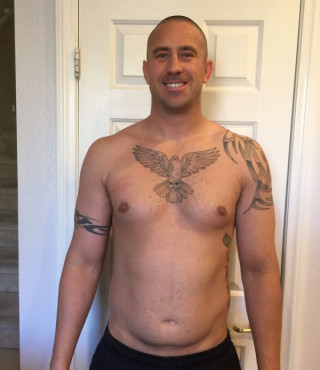 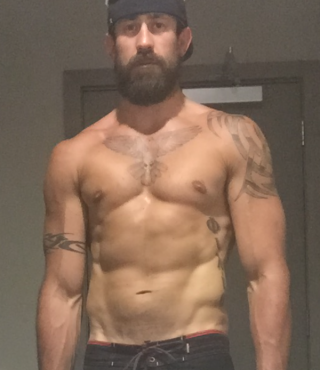 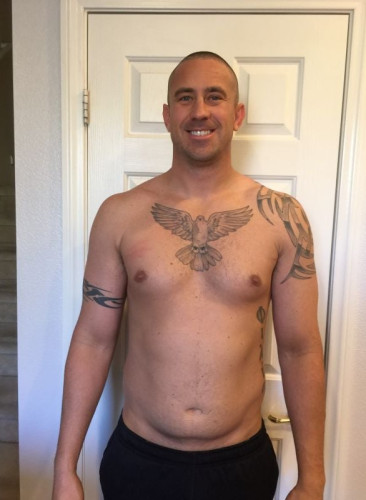 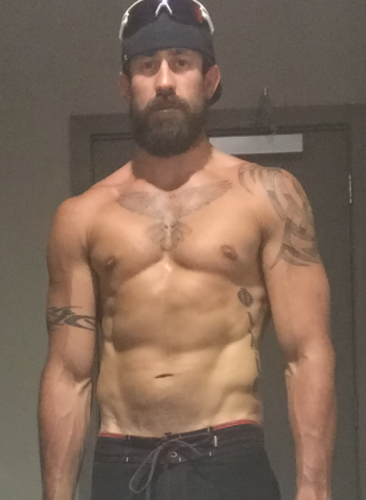 I lost 23 pounds while gaining about 10 pounds of muscle, so I lost just over 30 pounds of fat. My strength increased notably during this time, despite being in more than a 500 caloric deficit each day.

My lifts increased as follows (all in the 4-6 rep range):

I had come across Muscle for Life before buying the book and was impressed, so by the time I bought the book I knew that I was going to be committed to jumping right in.

I was ready to change. I knew I was going to do my part and just trusted that Mike had done his.

I particularly liked how using the BLS One-Year Challenge took any guesswork out of the programming. Each day I went to the gym and knew exactly what I was going to do.

For me, at least, this sort of predictability in the programming was a big part of being able to remain consistent and push through even when I didn’t feel like it.

I reached my goals much faster than I had expected. The vast majority of the overall results I achieved over this 6 month cut happened in the first 3-4 months.

I had been out of the gym entirely for over 5 years before starting the program, and before that would just do basic push/pull sort of splits that emphasized volume and a variation of exercises.

So there aren’t really any other programs per se that I can compare BLS to, however, I do believe that utilizing heavy compound barbell and dumbbell exercises, and particularly the emphasis on progressive overload, is what sets BLS apart from anything else I had ever tried.

I certainly am more confident in the way that I look, and proud of what I have been able to accomplish.

I have a greater overall sense of well-being now that I am training, and have been doing so long enough now that I don’t feel like I could just off the wagon at any time, which is encouraging.

I would recommend this program to anyone, male or female and young or old, who is looking to improve their physique.

Whether one needs to add lean mass or lose body fat, BLS is capable of bringing about either change…alongside the corresponding energy balance of a proper diet, of course.

I can’t over-emphasize the importance of being obnoxiously meticulous about counting your calories/macros, especially if you are cutting.

I can assure you that if you just “think” or “feel” like you are hitting your macros, you’re most likely not. If you don’t account for everything you ingest, it will be purely accidental if you don’t regularly overeat.

I found that the easiest way to do this was simply to eat the exact same thing everyday (it’s not that bad).

Secondly, take progressively overloading the weight you lift very seriously. Never grow complacent and actively seek to add more and more weight every time you do a given exercise.

I believe this was a crucial factor in my being able to not only lose a significant amount of body fat, but to gain the lean mass that I did while being in a deficit.