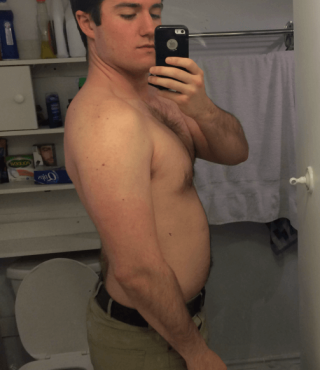 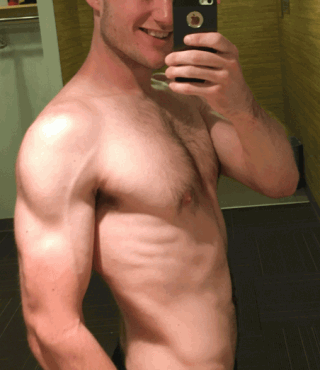 "I made amazing progress and am stronger than I've ever been!" 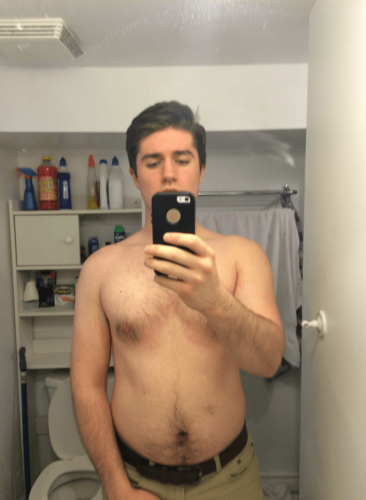 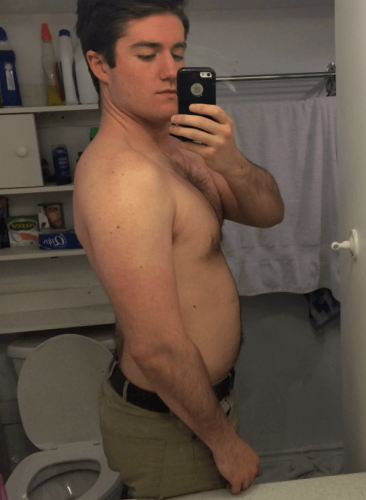 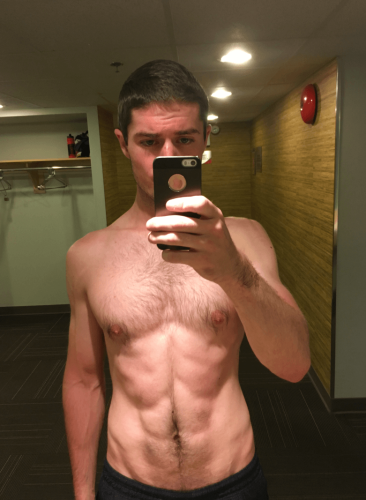 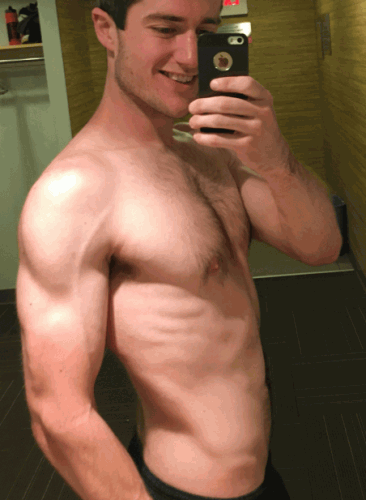 They represent 15 months of progress.

Weight for first picture was 190 pounds and body fat was around 22%.

Weight in the second picture was 154 pounds and body fat was around 14%.

A lot has happened while I’ve followed Bigger Leaner Stronger. The first picture represents the end of my first bulk in May 2016. I wasn’t following macros at all and just trying to put on weight any way I could. I didn’t understand the value of nutrition and just how important it was.

After I had read Bigger Leaner Stronger following the end of my first “bulk,” I cut and lost 15 pounds. I was going to do a bulk after my cut but sadly I was diagnosed with testicular cancer in Fall 2016.

I wasn’t able to progress much in my lifts after that but still went to the gym when I could. After having surgery and being cured, the cancer came back in early 2017 and I went through chemotherapy from March to May.

I reread Bigger Leaner Stronger during May and June of 2017 and decided to start cutting around the start of June. I cut for 7 weeks and lost just over 20 pounds! My lifts are still going up often and I’m stronger now on all my lifts than when I was first diagnosed.

I used to hate squatting and deadlifting, but now I love it and look forward to pushing myself on them. My squat last year before being diagnosed was barely 155 or 165, and now I’m about to reach 225!

What put me off from the program initially was the heavy lifting and rest periods. I was used to hearing and reading how if you wanted to build muscle, you had to work in the 8-12 rep range and only rest 1 minute or 90 second at most.

I didn’t progress much on those other programs, so I figured it was time to change it up and give Bigger Leaner Stronger a shot.

I like the heavy lifting the most–it’s simple in that you only do 4-6 reps a set. You can really put all your effort and focus into those 4-6 reps and move up in weight much quicker than other programs.

This program is much better than any others I’ve tried. Especially the diet aspect–it was vastly different than any other program. I love tracking my macros daily and fitting in what I want, when I want. It was such a relief to not eat the same chicken, rice, and broccoli meals day in and day out when I was cutting this past year.

The workouts are much better than other programs as well. As I mentioned before, I love being able to go up in weight every few weeks. It makes the workouts much more enjoyable and I want to be in the gym because I can see that I’m progressing.

In other programs they focused too much on higher rep work and too short of rest periods, so it took me months to go up in weight which made me hate going to the gym.

It’s changed how I view work and effort. If you really want something you have to work hard for it. There’s no shortcuts to getting lean, but if you put the work in, you’ll get the results you want. This can be applied to anything else you want–if you don’t work hard for it, you won’t get it.

I would recommend this program to everyone because I think that everyone can benefit from it. Whether you’re looking to get lean, build muscle, or just exercise to be healthy, this is the program you should be following.

Nutrition is key. If you’re not tracking your macros while trying to lose weight, you won’t ever reach your goals. Buy a food scale and weigh out your food–it’s weird at first but within weeks it’s second nature. After you have that down, you’ll see how the weight just falls off.

I use PULSE and it’s by far my favorite pre-workout out of all the others I’ve ever tried. I have no crash and am noticeably stronger when I take it.

I used PHOENIX and FORGE everyday before fasted training while cutting and they did help me lose an extra bit of weight every week, which over weeks of cutting makes a big difference.