With just one word, I can stimulate electrochemical responses in your brain associated with feelings of affection and joy.

By merely uttering this three-letter rune, I can ignite your imagination, drench you in desire, and constrain you to my every command.

And no, it has nothing to do with slapping slippery body parts together.

Are you ready for this primordial talisman?

Hear it again, with the velvety tone of buttery vocal pipes . . .

Inhale it like the ripe breath of autumn. Let it race through you like chain lightning. Flare with it like a match dropped in a dry patch.

New what, you wonder?

Not one, not two, but a camel-load of only the finest fitness wares this side of Damascus are on the way, including . . .

A much-needed upgrade to our shuteye supplement’s flavor system, which is currently reminiscent of cheap CVS perfume.

The best all-natural joint supplement in the world solar system, Fortify, is getting even better—more UC-II®️ collagen, a swap for Meriva®️ curcumin, and the addition of agmatine.

Already a greens supplement without peer—most others aren’t even fit to sniff its underwear—Genesis is leveling up, too, with lingzi mushroom and dong quai.

Cinnamon cereal friends rejoice! Soon, you’ll have another cereal-y flavor of scrumptious whey protein to pour into the BONE CAVE that is your MOUTH!

A combination of DHEA, blueberry anthocyanin, rhodiola rosea, and B12 for boosting energy, mood, and well-being. This one is going to be particularly beneficial to all you 40+ Legionnaires.

An all-new, rewritten-from-scratch, definitive second edition of my book for experienced weightlifters.

A book I wrote with published scientist James Krieger that gives you a crash course in reading, understanding, and applying scientific research to get fitter, healthier, and happier.

So go ahead—bask in it a while longer, like snow tasting the sun’s delight. And, I don’t know, maybe buy something, too, if the spirit so moves you.

In any case, until my next trick, bonne journée et au revoir.

A new way to get double reward points (10% cash back) on your next order.

Do you wants it, my Precious? Let Michael show you the way!

How can you win cool stuff, too? Easy!

Join our rewards program, unlock the Champion tier, and you’ll be automatically entered to win every month! 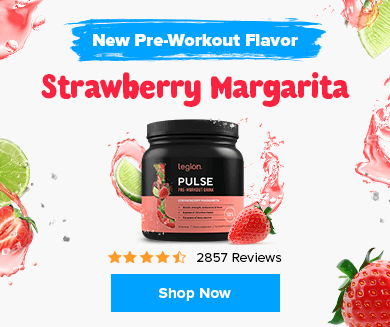