All of those super healthy foods easily spring to mind.

So why is it that most people forget about watercress?

After all, watercress is part of the cruciferous or brassica veggies family. Those all-star genes means it’s related to powerhouses of nutrition such as kale, cabbage, Brussels sprouts, and broccoli.

And with relatives as healthy as those, this leafy veggie on the family tree deserves some serious attention.

Get to Know Watercress 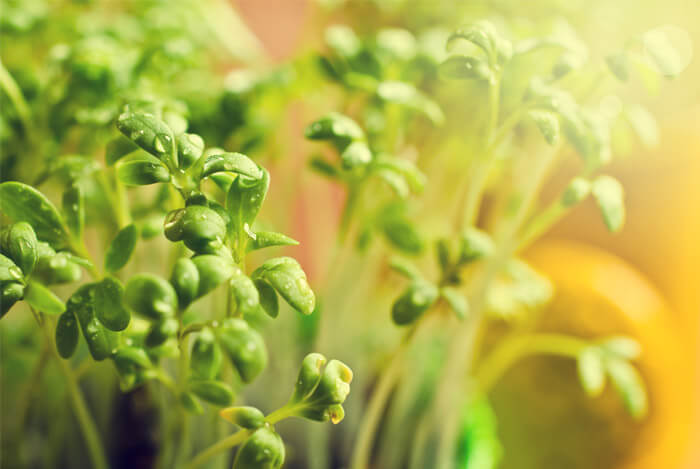 It has a slightly peppery taste that’s usually overshadowed by relative arugula’s super peppery flavor. You may actually prefer watercress to arugula if you’re not into that strong bite.

Plus, watercress has an interesting balance of soft leaves and crunchy edible stalks, making it a perfectly delectable green in my book.

I think you’ll agree once you hear about how healthy it is.

Thanks to the fact that it scores very high marks on the Aggregate Nutrient Density Index (ANDI), watercress has been gaining appreciation.

This measure is based on vitamin, mineral, and phytonutrient content per calorie. Lots of nutrients for very few calories earns high marks on the ANDI, which ranges in scores from 1 to 1000.

Watercress has the highest score possible – 1000.

It also ranks #1 on the CDC nutrition density list because it’s bursting at the seams with nutrients.

So let’s check out these 8 health benefits of watercress and see why it’s worth adding this superfood to your diet.

It May Reduce Your Risk of Cancer 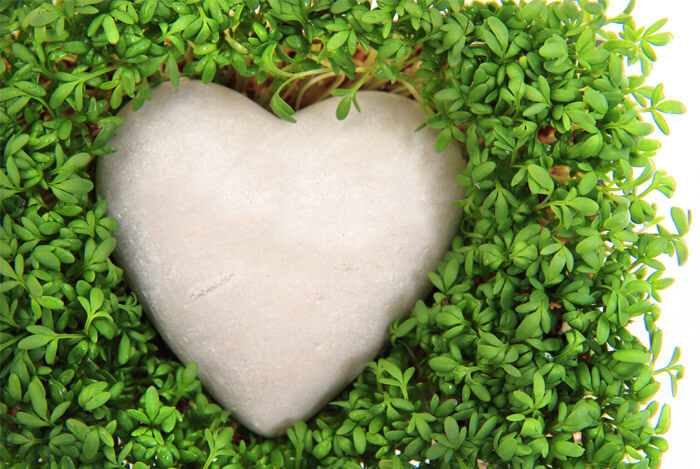 Cruciferous veggies like watercress contain glucosinolate phytonutrients, which are part of the isothiocyanates (ITCs) family. The two ITCs most widely studied are indole-3-carbinol (I3C) and sulforaphane, which watercress has a ton of.

The National Institute of Cancer says these compounds may: 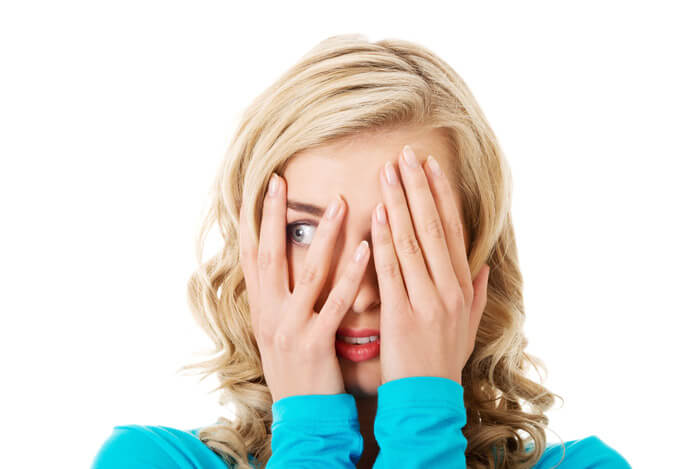 As a card carrying member of the cruciferous veggie family, watercress is an amazing source of eye-loving nutrients such as vitamin A and beta-carotene, and the carotenoids – lutein and zeaxanthin.

Not getting enough lutein and zeaxanthin has been linked to advanced age-related macular degeneration (AMD).

The American Optometric Association states that AMD is “the leading cause of blindness in people over age 55 in the Western world and the incidence is expected to triple by 2025.”

Making sure to give our bodies enough lutein and zeaxanthin reduces our risks of developing AMD. We’ll even have extra protection against cataract growth. 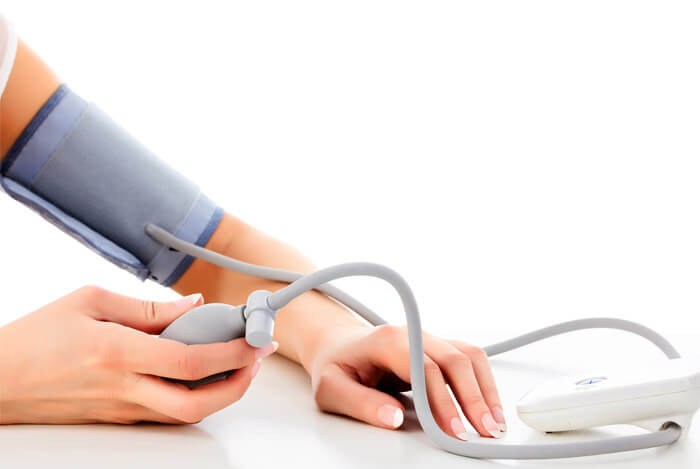 Interestingly enough, high levels of lutein and zeaxanthin have also been shown to aid those with cardiovascular disease.

According to one study, higher blood levels of lutein and zeaxanthin were associated with less atherosclerosis, or artery hardening, than those with lower levels of the carotenoids.

Plus, participants with higher carotenoid blood levels were also less likely to succumb to heart attacks. 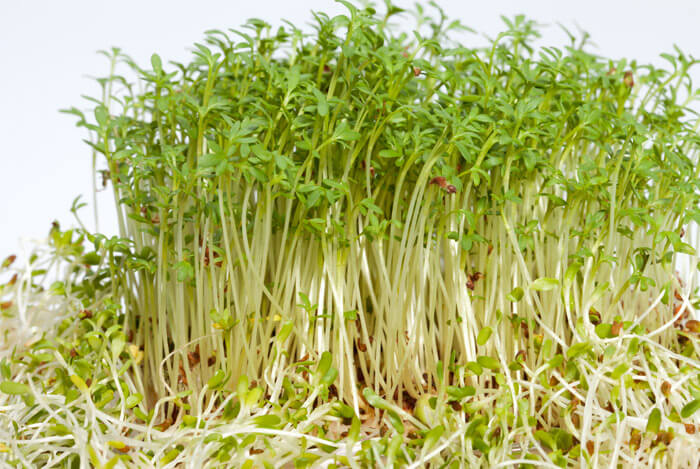 When rats with high cholesterol were given watercress every day for 30 days, they:

Similar benefits were observed in another study when rats consumed a high fat diet and were given watercress extract. In just 10 days, the rats normalized their total cholesterol levels, triglycerides, and LDL levels, while slightly raising their HDL.

I may start adding a serving of watercress to my diet after seeing those results. Watercress salad, anyone? 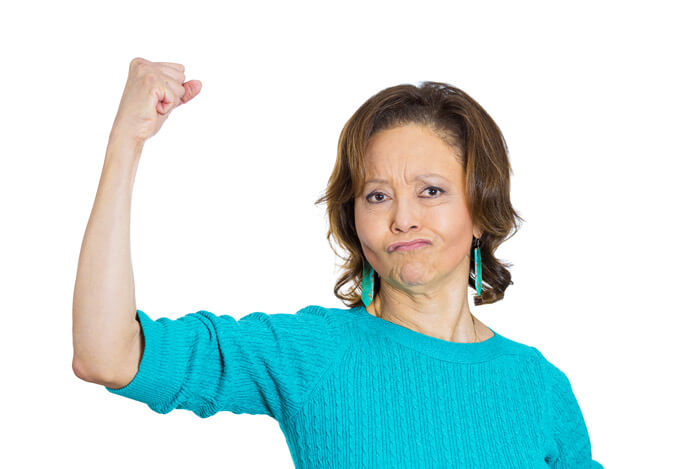 Your mother may have poured you a big glass of milk to keep your growing bones strong when you were a kid, but watercress can also be helpful.

For every gram of raw watercress, you’ll find 1.5 mg of calcium, which is higher than the 1.13 mg of calcium per gram of whole milk you’d be drinking.

But calcium’s not the only nutrient needed to build and maintain strong, healthy bones.

You also need to keep up with your K vitamins. After all, low intakes of vitamin K have been linked to higher risks of bone fractures.

Vitamin K helps you avoid that ugly cast by improving calcium absorption, reducing the amount of vitamin K you urinate out, and modifying the matrix of bone proteins.

The results from one study even showed that women with adequate vitamin K levels in their diets were less likely to break a hip.

You’ll get all of your vitamin K for the day via just one cup of watercress, which comes in at 85 mcg, or 106% of your daily value.

Watercress may not be as popular as other superfoods out there, but it sure has the goods to back up its title as healthiest superfood.

Just like kale, you can toss a handful of watercress in your smoothies for a nice switch up. I personally love topping my avocado egg salad with watercress to keep my bread from getting soggy, but I’ve also seen delicious recipes for watercress soup out there.

Try experimenting with this unique superfood; these benefits are hard to ignore.

What’s your take on watercress? Have anything else you’d like to share? Let me know in the comments below!